Should we always do as we are told?

1. Can you make a British History timeline to find out when in history Roman Britain was?

Choose a challenge (1, 2 or 3), read the text which is a fact file about the Roman's and then answer the questions to show that you have understood what you have read. Remember to check your answers at the end.

4. Can you order these events from the Roman period?

5. How was Rome founded?

Challenge 1- put the words and pictures in order

Challenge 2- put the pictures in order and then the words

Challenge 3- put the pictures in order and write your own words to retell the story.

The Story of Romulus and Remus.mp4 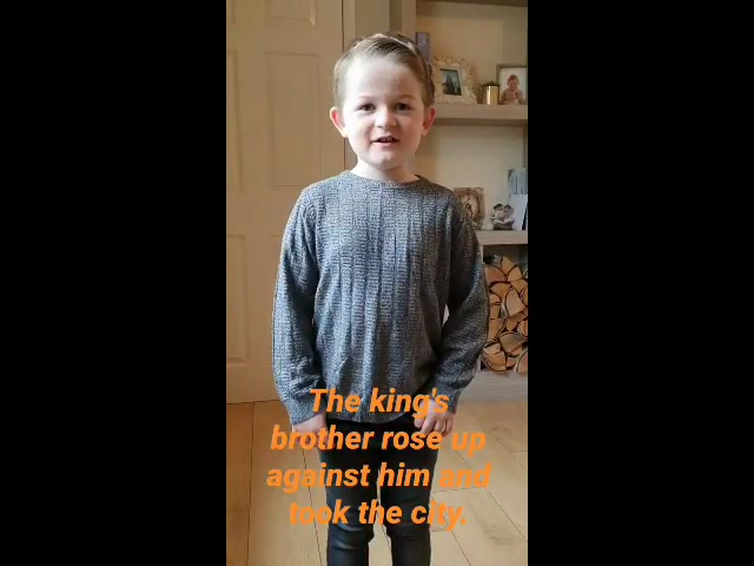 6. Where did the Roman Empire begin?

7. Who was Julius Caesar?

3. Complete the Roman Soldier worksheet. Don't worry if you don't have access to a printer. You could draw this instead into your home learning exercise book.

4. Just for fun- why not use the template for making your own paper solider.

9. Who invaded Britain and when?

1. Watch the BBC Bitesize class clip- 'Why did Julius Caesar come to Britain?’
2. Use ‘The Roman Invasion of Britain’ PPT to find out more about the different attempts that were made to invade Britain.
3. Complete ‘The Roman Invasion of Britain’ worksheet to show what you have understood. There are three different challenges to choose from, you only need to complete one. Don't worry if you don't have access to a printer. You could write the answer to each question into your home learning exercise book.

10. Who was Boudicca and why was she important?

1. Open the web link 'Who was Boudicca?’
2. Use the ‘Why was Boudicca important?' PPT to find out Boudicca.
3. Complete the ‘Boudicca storyboard’ worksheet. There are three different challenges to choose from, you only need to complete one.

11. Why did the Roman's build Hadrian's Wall?

12. Why did the Romans build Roads?

The PPT presentation for this lesson is too large to upload to the website but can be found in the files on Teams. If you do not have access to the files on Teams please email workqueries@berryhill.notts.sch.uk to request this resource.

13 How did the Romans write numbers?

15. What were the Romans' religious beliefs?